Migration and COVID in Italy: the 2nd phase

The “Highlights on Malians and irregular migration”: a new evidence-based informative tool on Mali 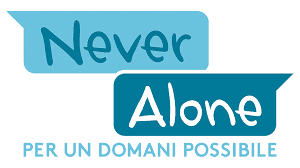 Never Alone. For a possible tomorrow

The development of effective paths of inclusion of unaccompanied foreign minors is a challenge that cannot be solved on a purely local or national level; it conversely requires Europe-wide responses. For this reason, Cariplo Foundation and Compagnia di San Paolo, at the General Assembly of the European Foundation Centre (May 2015), teamed up with a group of Italian and European foundations to test the feasibility of an intervention to support foreign unaccompanied children arriving in Europe to help ensure their welfare and their inclusion. The group of European foundations that have joined the network is from different countries (Italy, Greece, Germany, Belgium, Switzerland), and is supported by EPIM; the European Programme for Integration and Migration.

At the national level, eight intervention projects were selected and were mainly aimed at: the definition of support paths to autonomy in the transition to adulthood; the strengthening and spreading of foster family practice and the reception of unaccompanied girls.
ISMU Foundation will be responsible for the entire process of monitoring and evaluation of project activities and will participate in the networking of the results also enhancing strategic lines developed in other European countries involved in Never Alone.